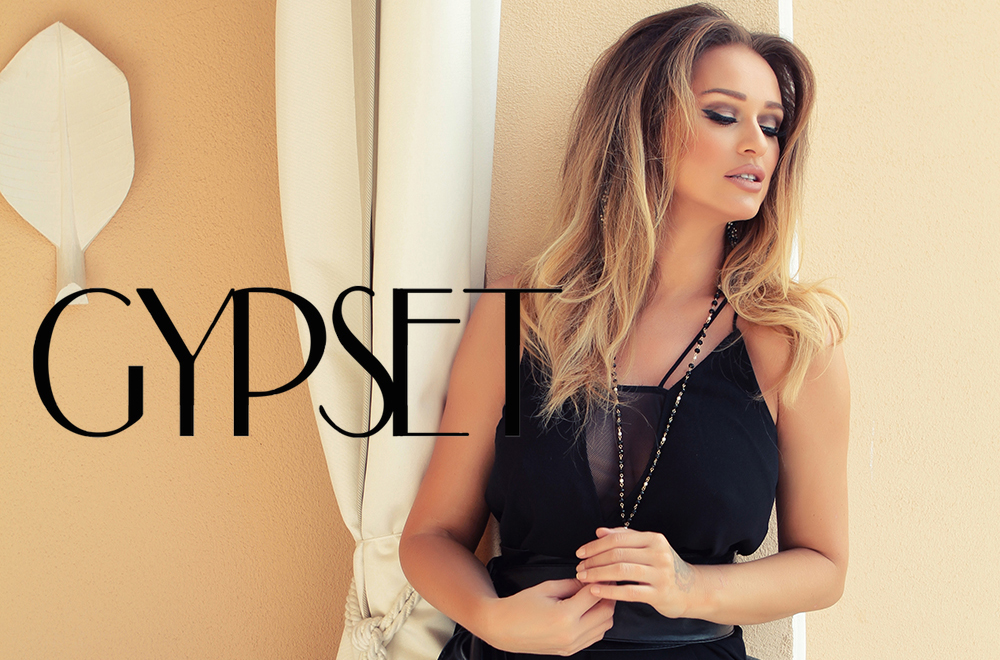 The Hollywood sign is where dreams and suicides go hand in hand. The road is paved with those who came and couldn’t conquer the harsh life of Hollywood. Books and movies beg you to come and try. How did SHE become the most successful Slovak in Hollywood?

Katarina Van Derham walked the red carpets arm-in-arm with famous rock gods from her humble beginnings in Slovakia. She captured our imagination on the covers of magazines around the world. She has lit up television and movie screens. She is living the life of glitter and gold. Only in our imagination can we dream Katarina’s reality!

Hollywood offers one almost everything. There is glitz and glam with paparazzi everywhere; the people are always beautiful and fabulous. No one really admits how they truly feel. Contrast that life to the life of the homeless people who once may have tried out to be the next Brad Pitt but lost their dream. Either their ego didn’t let them do anything else in life or they simply just gave up. The list goes on… even if you do get to the top, staying there is even trickier. The minute you get noticed, the pressure is ON and “You are only as good as your last Facebook post”, so they say! The ones who sustain their careers are the ones who at some point start creating their own projects. 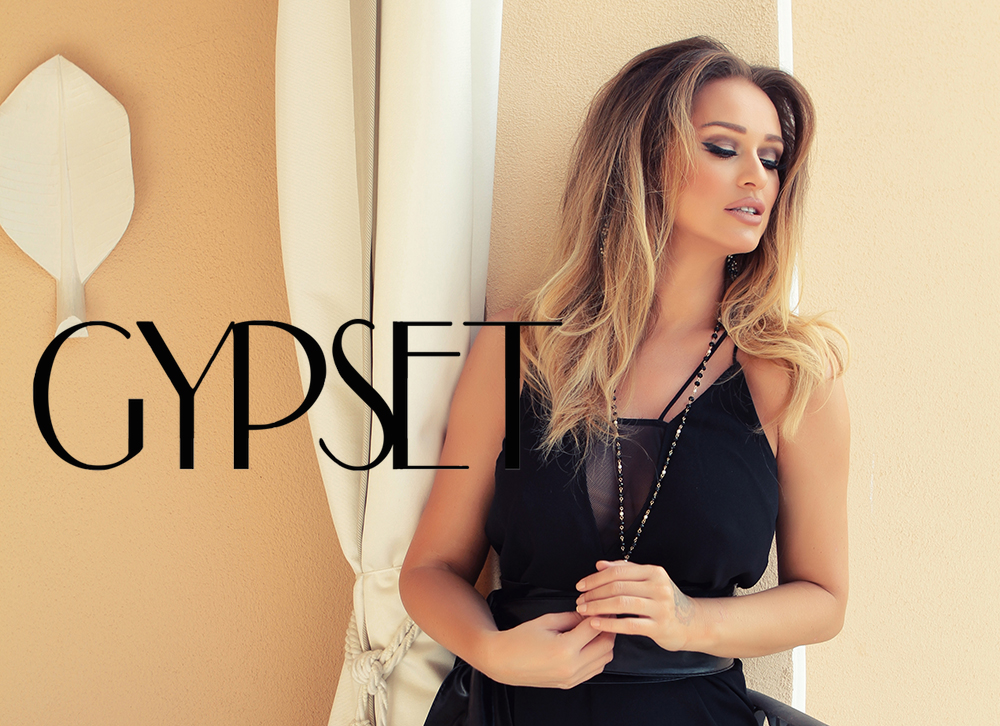 What do you like about Hollywood? What is your favorite type of event to attend?

I like star studded events because people there are for the most part content with themselves and don’t judge. It’s a good networking crowd and you can learn a lot. I always had a problem with judgmental people and with people who like to spread negativity and their ignorant opinions even if no one had asked. In Hollywood for the most part people will encourage you, support you and get excited for you. They are so focused on themselves that they have no time to criticize others. I love that. Everyone should mind their own business and enjoy the short time they get in this lifetime.

You have dated a couple of Rock Gods? What is life like with them?

I have always liked rock music. Even when I still lived in Slovakia, I would listen to 80’s rock. And as we (Hollywood people) say: “Alike attracts alike”, it just makes sense I attracted them. I’m a hopeless romantic just as musicians are and deep inside I’m a rock star myself. I loved traveling and being on tour with Tommy. It was lots of fun. I like their lifestyle, always doing something exciting. Who wouldn’t like that? Boredom scares me and since I’m an artist, I like being around creative minds. I loved being around them when they were writing songs and then a few months later you hear them on the radio – those songs will forever have a special meaning to me. 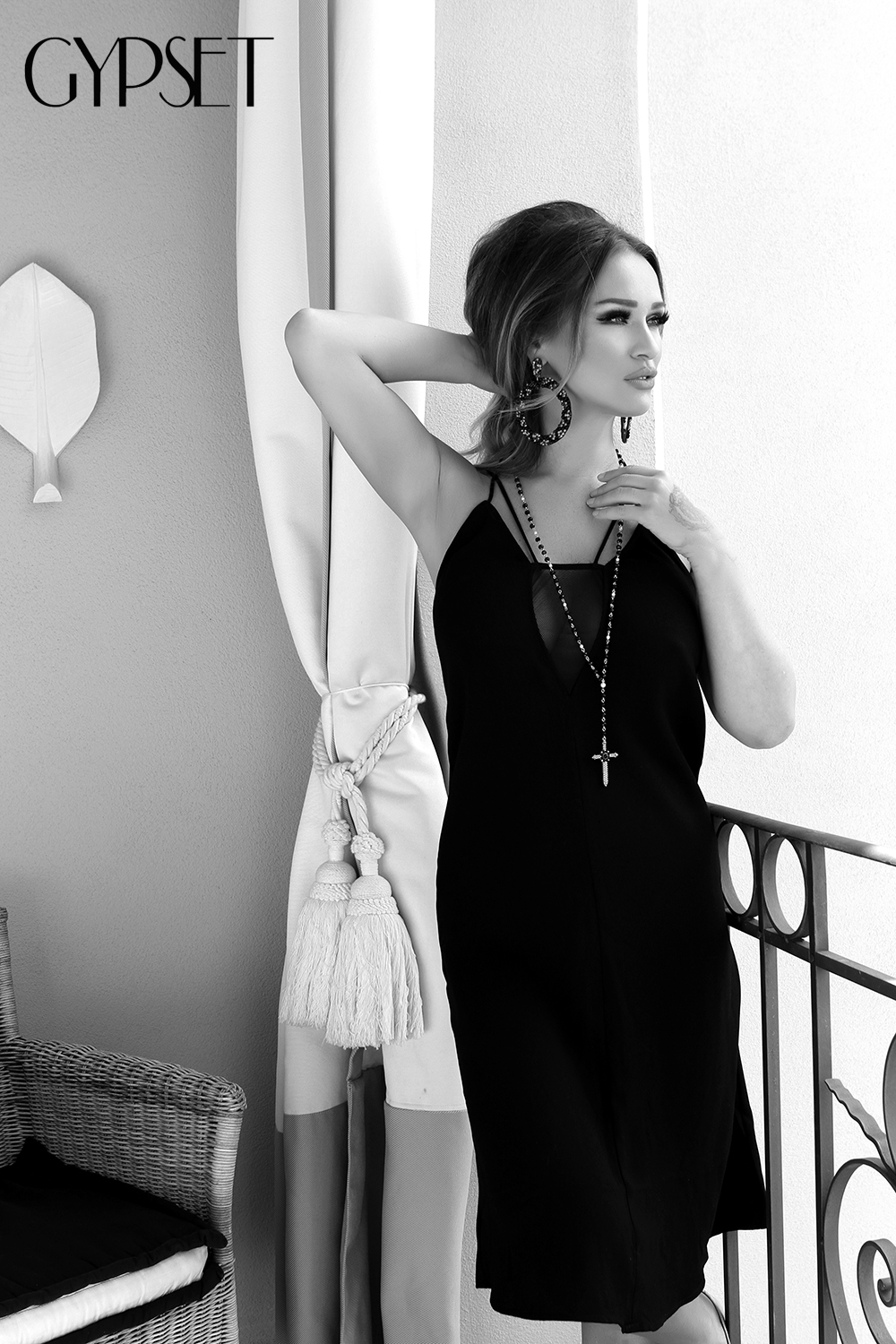 You have conquered the modeling world, television and movies. What projects will we see you in next?

I wouldn’t say I’ve conquered any of those yet. I just like to do things that I enjoy at the moment. If it’s a movie role I like, I take it and enjoy being a part of the creative process. I love working with a team of competent people. In modeling I like the same. I like when I become someone’s muse. I always say I’m like Kate Moss. She doesn’t do anything for money she just enjoys being part of something cool. Oh yea, and she loves rock music too!

What are the key elements that you think made you able to make it in Hollywood where most do not succeed?

When I came to Hollywood, I took it slow. I didn’t rush into anything. Many girls become desperate because they feel they have a small window while they’re young. Because of this, they end up making lots of mistakes. I never felt the pressure of the industry. I started modeling and acting when I was twenty-six years old, which means I was wiser than the very young girls. I actually think I will do better in my 40’s than I did in my 20’s. I would love to do more acting in my 50’s when I can get more serious roles. 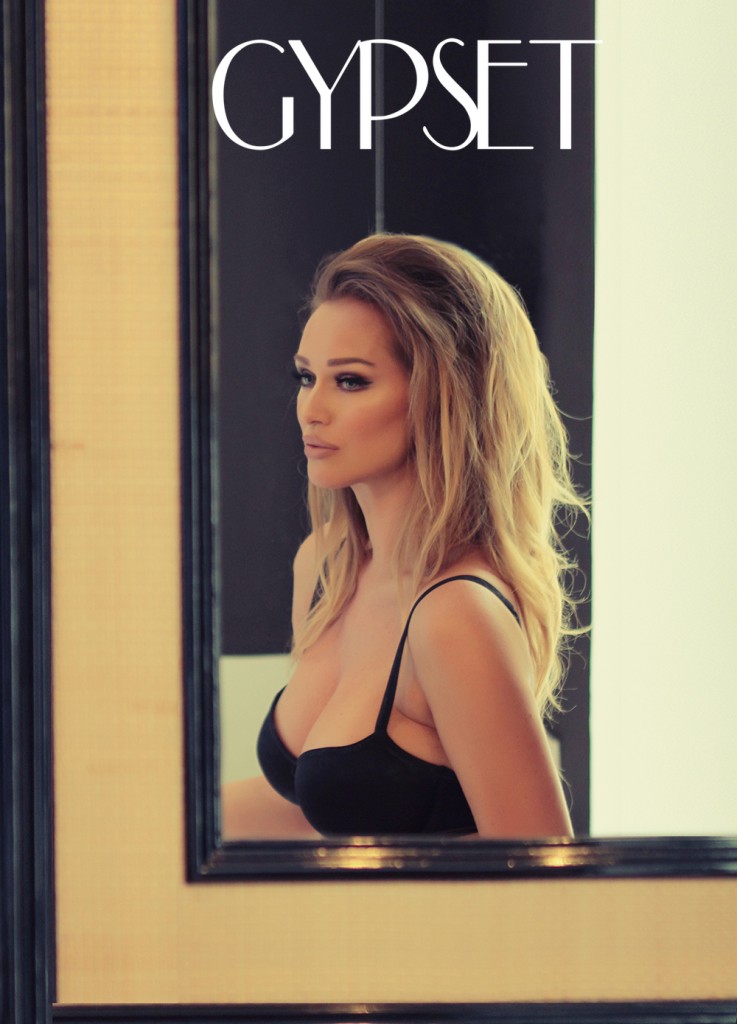 You started Viva Glam 2 years ago as the publisher and editor. Why did you enter into the magazine world?

I always wanted to do a business. Build a brand that would impact people in a positive way. The magazine fit with my background in modeling, beauty, graphic design, photography, PR and marketing. VIVA GLAM doesn’t judge! It gives opportunity to women and brands they can’t get anywhere else. It is an uplifting glamorous publication. In the plans for VIVA GLAM are programs for women who want to live life to her fullest potential. 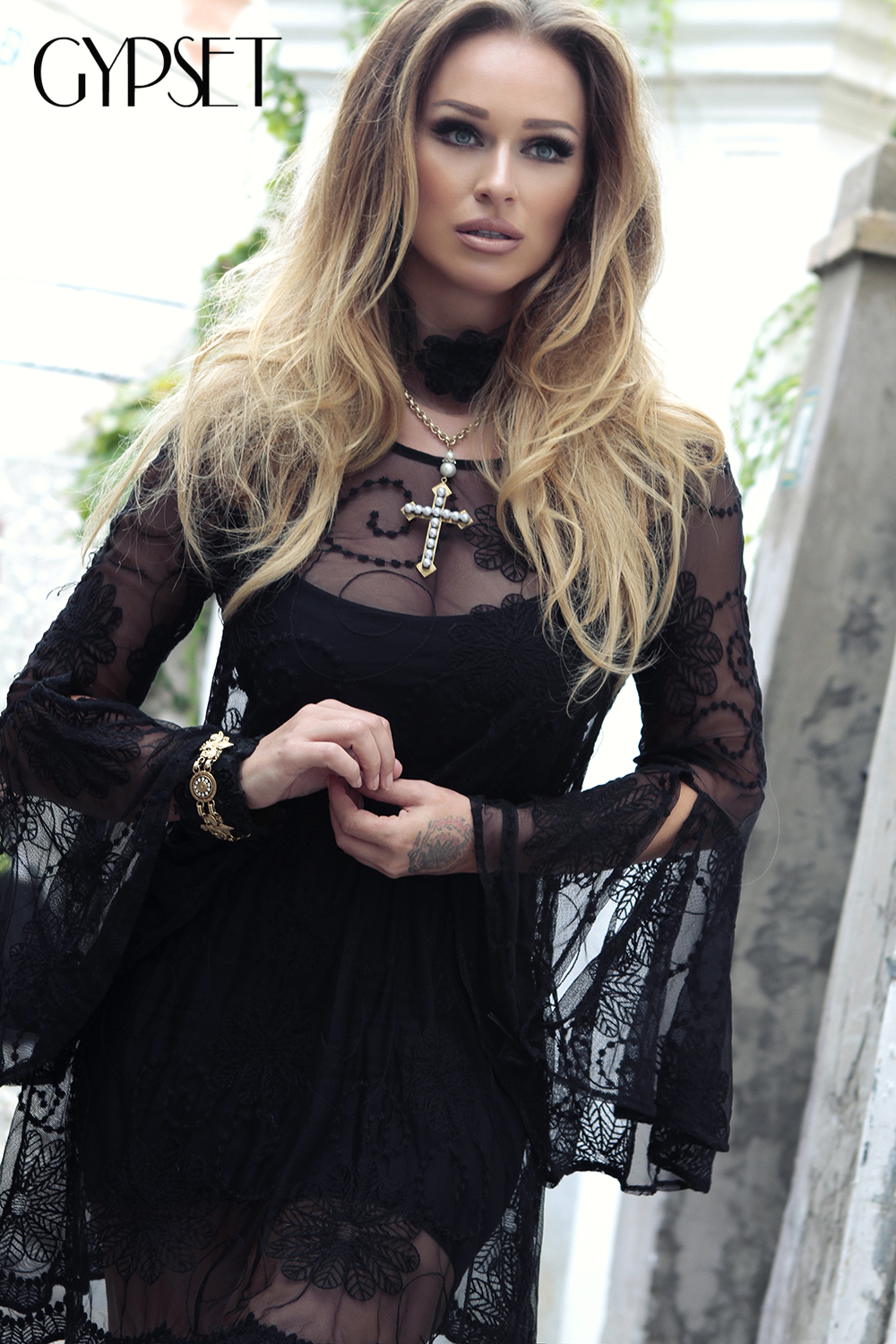 What are your new dreams?

My focus now is making VIVA GLAM a successful brand. I feel content in all the other areas of my life. I am very grateful for everything I’ve accomplished because my journey wasn’t easy. When I came to the United States, I worked very hard to get where I am now.

What is your goal for humanity and how do you plan to be a part of it?

I am involved with many animal charities. As a vegetarian/vegan for 20 years, I want to contribute to changing the laws around the world. I don’t even kill a fly anymore. No one needs to eat or wear an animal. I say “Live and let live!” There are big changes happening around the world when it comes to animal testing, wearing fur and slaughter houses. It motivates me every day to always live by example and to be the change I want to see in the world.

The lights fade for most and the red carpet ends. But, that is not Katarina’s story. In a culture where youth rules and plastic surgeons are your best friend, Katarina is showing us how to do Hollywood right. Hollywood is called “The land of broken dreams” for a reason. For Katarina, the opposite became true. She has reinvented herself over time by creating her own world of dreams, goals and projects. And, in her fulfilling her dreams and realizing her goals, Katarina has gone places beyond her imagination. There is no magic formula for Hollywood but Katarina’s path is a good example to emulate. You should have a positive attitude, be compassionate, stay true to yourself and create your own road map. Excellent job Katarina for showing us what is needed! 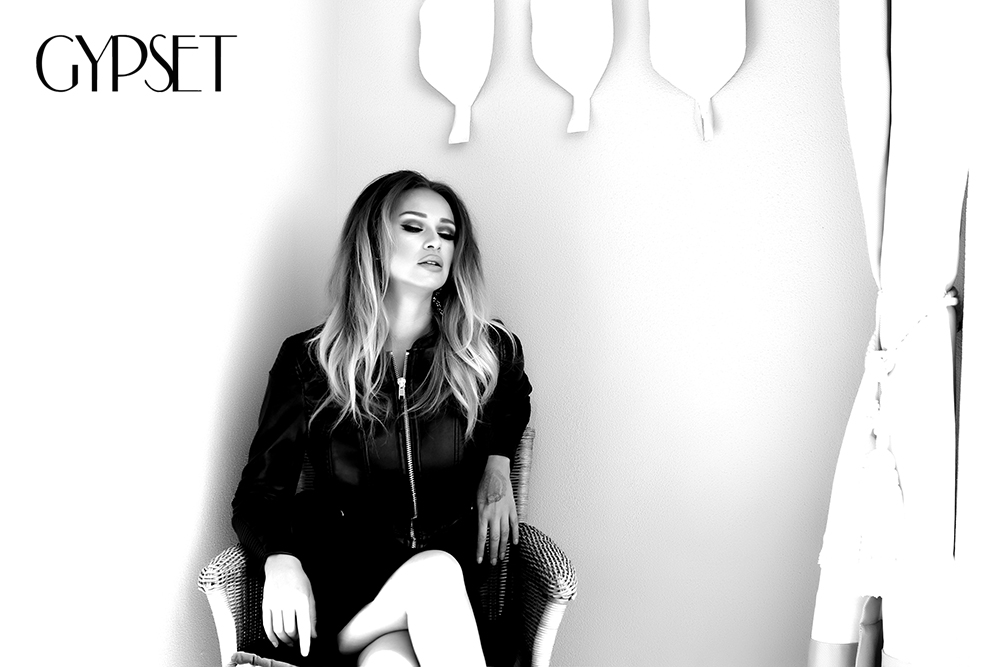 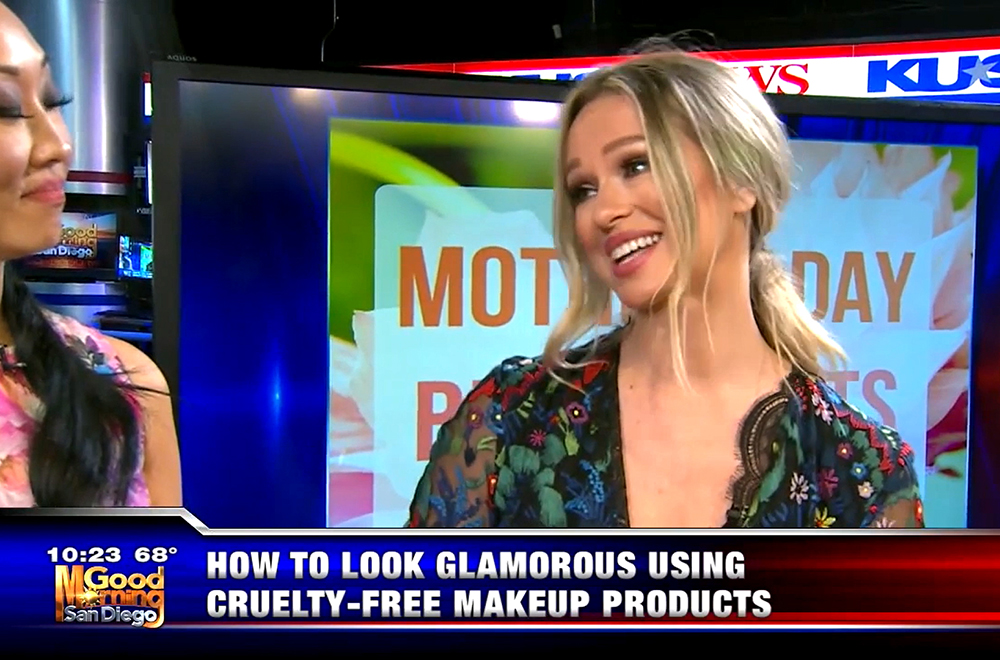 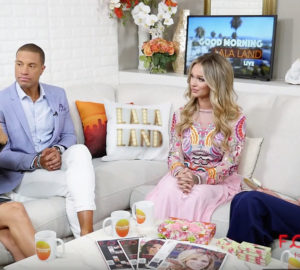 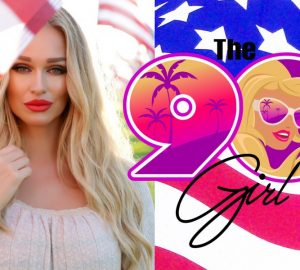 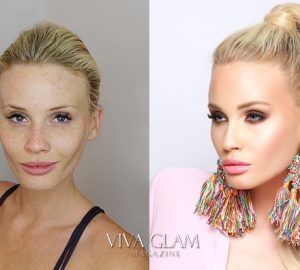 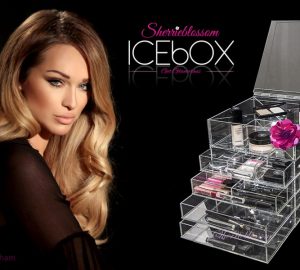